Under a sickle moon I leave my temporary bedroom, first of many, behind, and head for the airport. The bus is filled with more nationalities that I can probably recount at this time of the night. It’s funny how a mostly international crowd, myself included, is fueling Britain’s activities, from the bus and plane tickets purchased, to the bus driver, willing to work these hours, a bunch of people, out of which British born are less than a handful, are active consumers, oiling the ever productive wheels of the British economy. Now if only the guy in front of me could recline his chair just a little bit less, the start of my adventures would be that much more prone to wistful pondering.

The road to the airport left London behind and passed through areas of actual rolling mists waiting to be dissipated by the soon-to-rise sun. I was so excited I wanted to get an autograph from someone, anyone. I settled with just trying to capture the image in my memory. Hopefully by mentioning it here I’ll create an association strong enough that I’ll be able to recall it later.

Now I wait. Just a few more minutes until the boarding starts. Santiago de Compostela, here I come. Until now, my excitement manifested primarily through packing, measuring and packing my backpack yet again. I eventually decided on a formula where all my clothes are rolled – easier access and more efficient space management. Queuing to get into the plane, I’m still slightly apprehensive that my luggage will be deemed too large for what has become the socially accepted norm.

And I’m through! One accomplishment checked off. Yeah, I know, I start small. Usually nobody talks to me on planes. Or maybe I should say that I don’t talk to anyone. You always hear the stories where people had 3 hours worth of pleasant animated conversation. I don’t really get how or especially why this happens. There are always exceptions – I’ve had the chance to engage in time-churning conversations a couple of times, but only once with a total stranger. I don’t know – as I open my e-reader I realise it’s probably me. 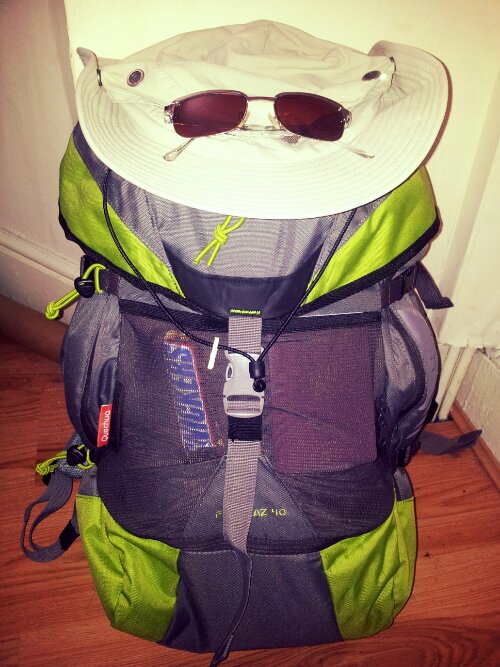