The six days I spent on this little island went by in the blink of an eye. I find myself only now, in the airport, waiting for the plane taking me to my next destination, with time to write here.

Although belonging to Spain, the Canary Islands are situated somewhere of the coast of Africa, some 100 kilometres west of the Sahara desert. Along with the ocean’s influence and probably other factors beyond my grasp, this contributes to the strangest climate I have yet to see, which, some claim, is the best in the world. The northern part of the island was always covered in clouds during my time here and I apparently experienced, with 22-25 degrees Celsius constantly, a weather worse than the one in winter. The southern part of the island was always sunny, with the cloud cover ending in an eerie straight line. I’m told that there are never clouds there. I did not believe it before seeing it with my own eyes. In this land of eternal spring and summer, the weather is not even close to being as interesting as the one in England. It barely fluctuates and nobody talks about it. People just take it for granted.

It’s impossible to walk on this island without stumbling upon a breathtaking view. In the north there is Las Palmas, a city larger than one might think, with hills covered in multicolored, slightly crumbling Spanish style houses. The south is a collage of dry, desert-like landscapes, with forbidding cactuses being the only living things for miles. This culminates in Saharan sand dunes which lead to a superb, tourist ridden beach. The centre of the island is dominated by mountains which extend all the way west. Here, where the mountains meet the ocean, the latter has that perfect shade of blue which seems to always act as a signpost, marking the place as a small piece of paradise.

The people, although nice, welcoming and proud of their island, have a general air of self-indulgence and complacency. Many spend all of their time lying on the beach, surfing, maintaining nearly perfectly sculpted bodies, partying and generally “finding themselves”. Gran Canaria is a pretty good place to lose yourself though. I assume that this is why it’s a favorite location for the very rich to carve their own little worlds, but even most of the locals who work don’t seem to be doing it particularly hard. Also, many businesses have a faint smell of money laundering. 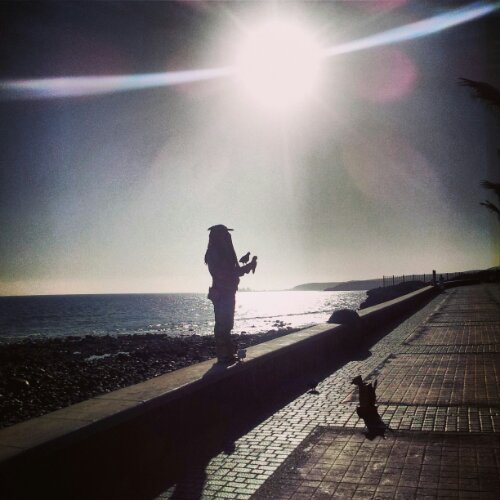 My days here were amazing. I explored the city, I ate the seafood, I climbed the hills, I ran on the beaches, I read about the many stops Columbus made on the island, during his expeditions, to a mysterious lover, according to the stories. I ate the churros, I swam in the deep blue water of the ocean, I dived in a coral reef teeming with friendly colorful fish, and enjoyed the many small things in life that only a place like Gran Canaria can offer. Now, in the plane, I look back thinking of all the things there were still left for me to see and do. I need to start planning my next trip here. 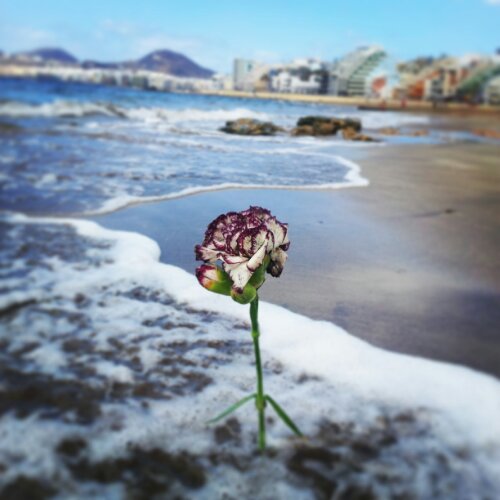