Today was a long day. I walked for more than 30 kilometres – around 7 hours. The last couple of hours were really intense, the pace increased, making sure that there would still be an albergue with available beds waiting for us at the end of the day. The path led through hilly forests, as before, but with the wonderful addition of flooded areas, recognisable from a distance, from the mating calls of hundreds of competitive frogs. Fortunately, stones were strategically placed for hoping from one to another over the watery obstacles. I was also lucky enough to find a fairy circle today on the road. Made from poured rock salt with flowers scattered along its length, it made for a nice change from the beautiful, but already familiar Spanish landscape.

There’s a part of my journey that I haven’t touched upon so far. I kept it on a somewhat superficial level but, with Santiago looming, I feel the need to address it. With every hour travelled, more and more pilgrims seem to be on the road. Each of these people has a reason, has a story. The walking is hard. I may have joked about it before, but if I’m barely able to move my legs at the end of the day, imagine how hard it must be for the dozens of 60 year old men and women I passed on the road. Also, I’ve been doing this for four days. I’ve met people traveling for more than 30. There was the half Scottish, half German guy who saved two years worth of holiday to do it. There were the three Texans, grandfather, father and son, trying to deal with grandpa’s knee injury. There was this really old-looking petite East-Asian woman, with a massive backpack, which I wanted to offer to carry myself, if not for the determined look on her face, telling me that such an offer would have offended her. I don’t know their stories and I probably never will. But thinking about them made me reflect upon myself. Why am I doing this? The challenge is part of it. Discovering Spain is another part. But I could have accomplished these elsewhere. I’ll have to ponder upon it some more.

In the meantime, Santiago is getting closer and closer. In some people’s eyes you see nostalgia, as the end of their journey is now in sight and normal life must resume soon. They’re the ones who slow down. In other people you see eagerness as the end of their challenge is near and they are bound to succeed, unlike so many others who gave up along the way. They’re the ones who speed up. Others still seem not to even notice that they should soon stop walking. They seem lost inside themselves, probably fighting until the last kilometer, if not beyond, with whatever demons drove them here in the first place. 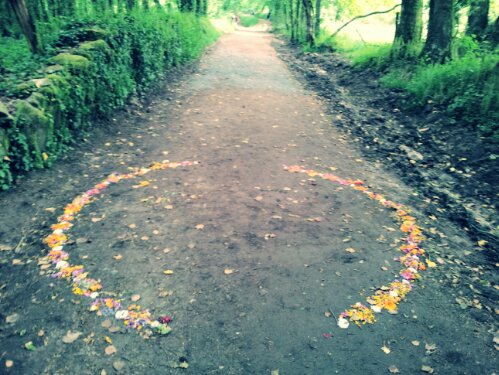